Project: Alive was originally conceived as a series of youth hostels in Costa Rica utilizing converted ISO shipping containers as the living units aw well as a group lavatory / shower unit. The initial work was done towards that end – with a set of 5 living units and one sanitation unit in a circle around a common area featuring grills and tables. As the project was being worked on, it changed into an idea for efficient homeless shelters, still using converted containers. The work done included using SketchUp to edit and design the container interiors, as well as render a circle of 6 units. SketchUp was also used to present concept art of a converted big-box store reimagined as a group shelter. This project is currently in development, holding on additional funding and other concerns.

The project began with rendering a standard 40′ shipping container, and splitting that into a pair of housing units, each with a bed, table, chairs, and wardrobe. Another container was rendered into a unisex sanitation unit, with showers and bathroom facilities. These two unit designs were then combined into a 5+1 (living + sanitation) unit circle, with picnic table and grill for each unit in a centeal common space. At this point in the project, there was only the idea of making this a hostel in Costa Rica – no further work was being done. 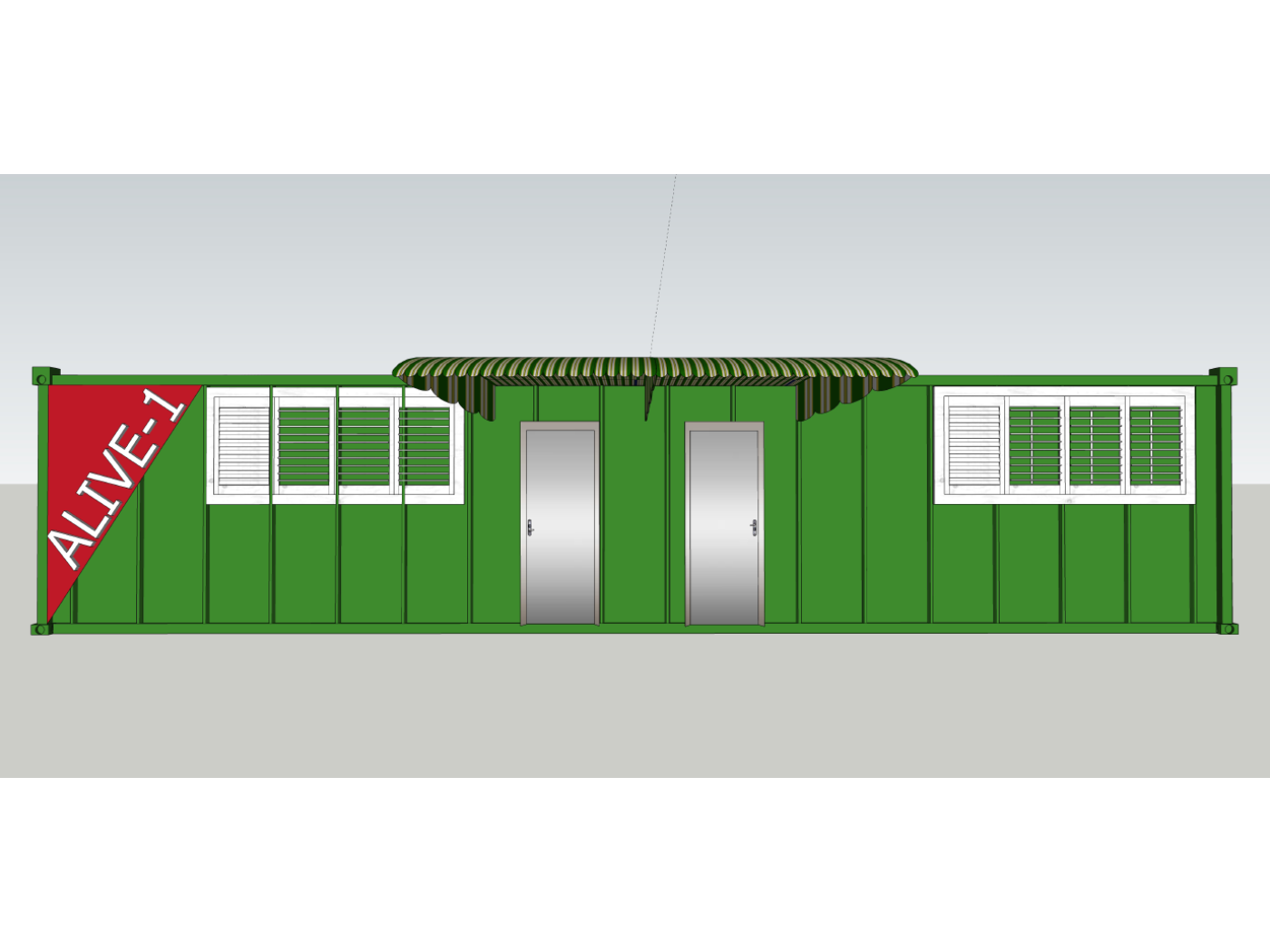 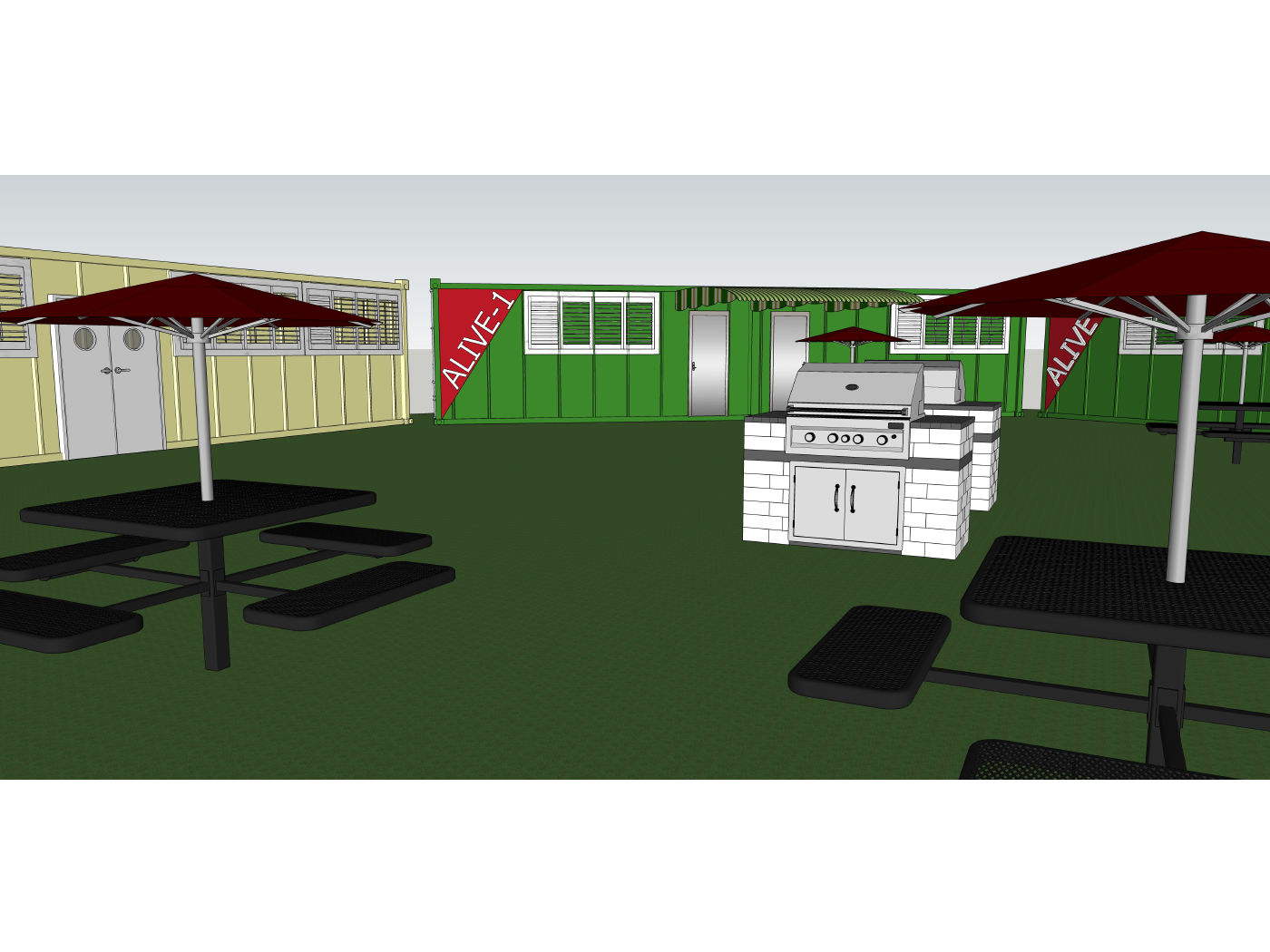 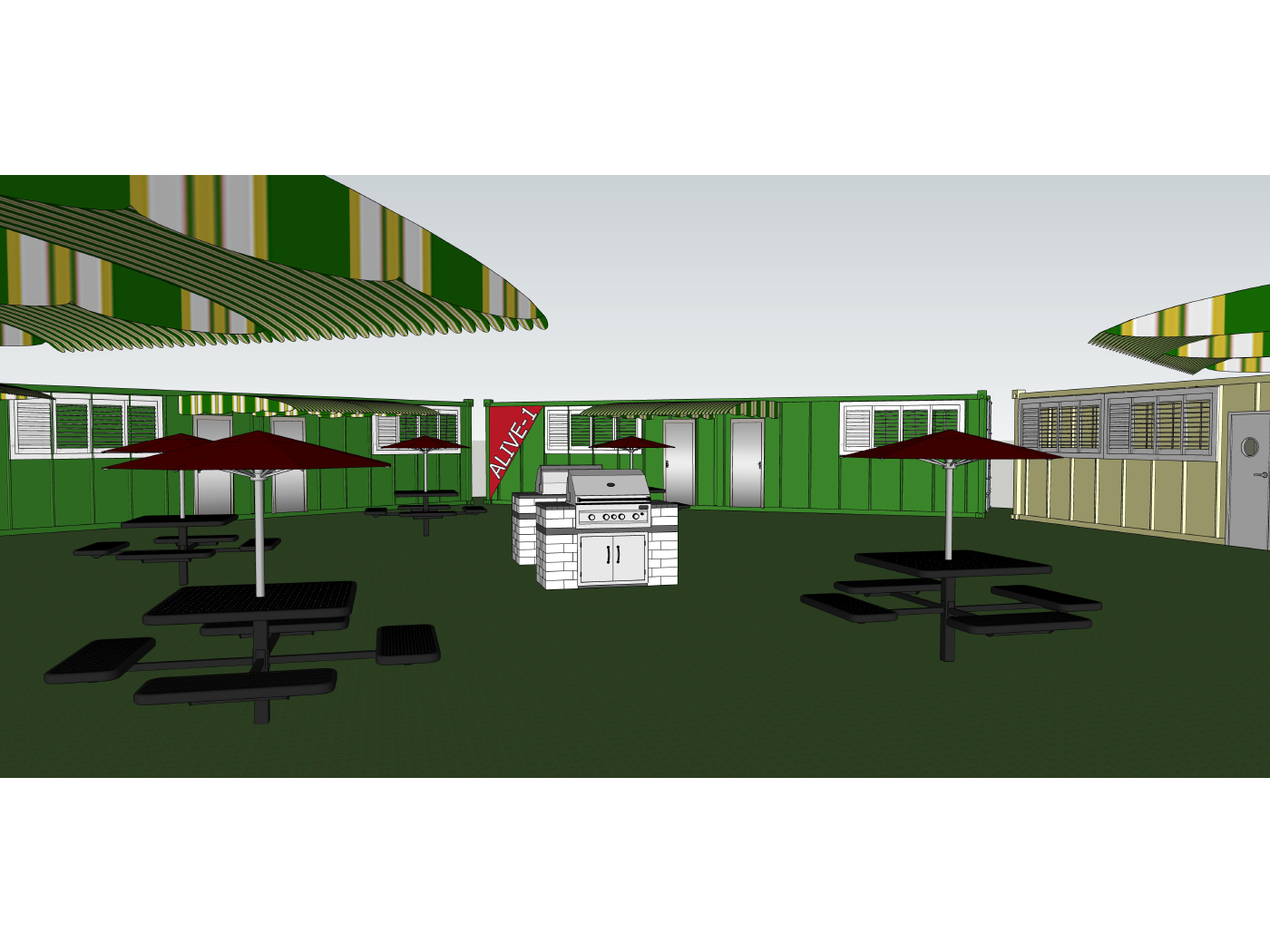 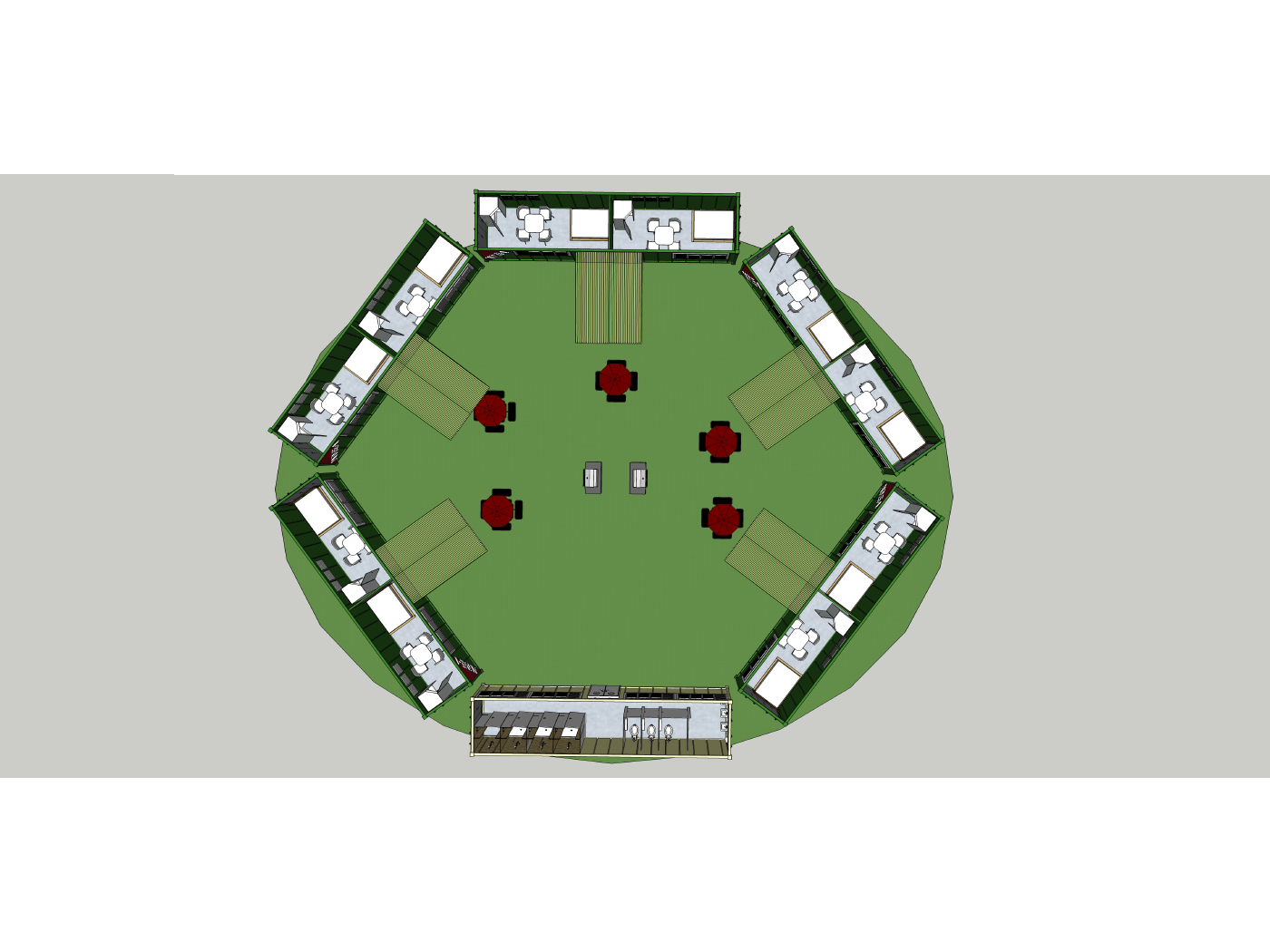 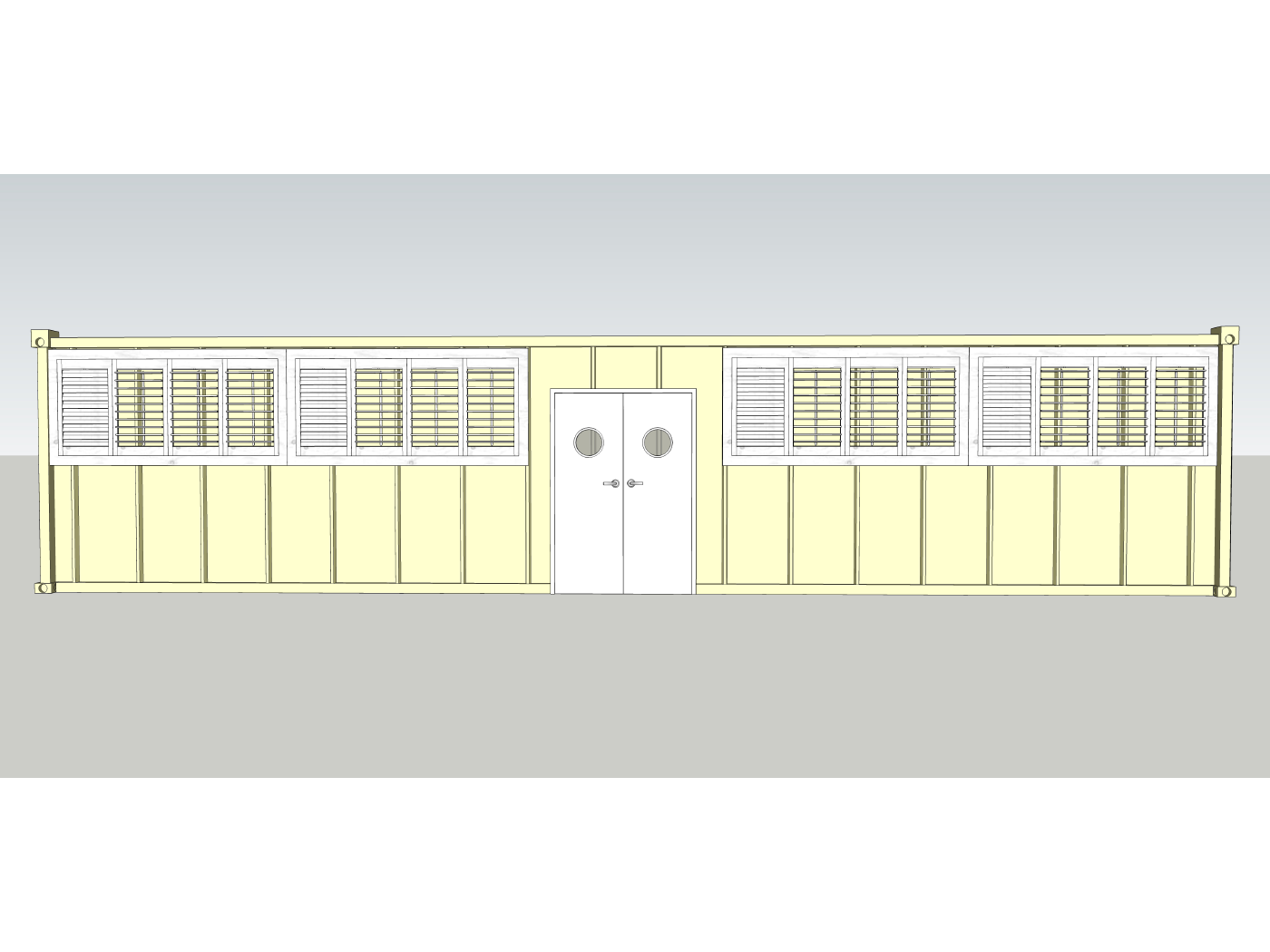 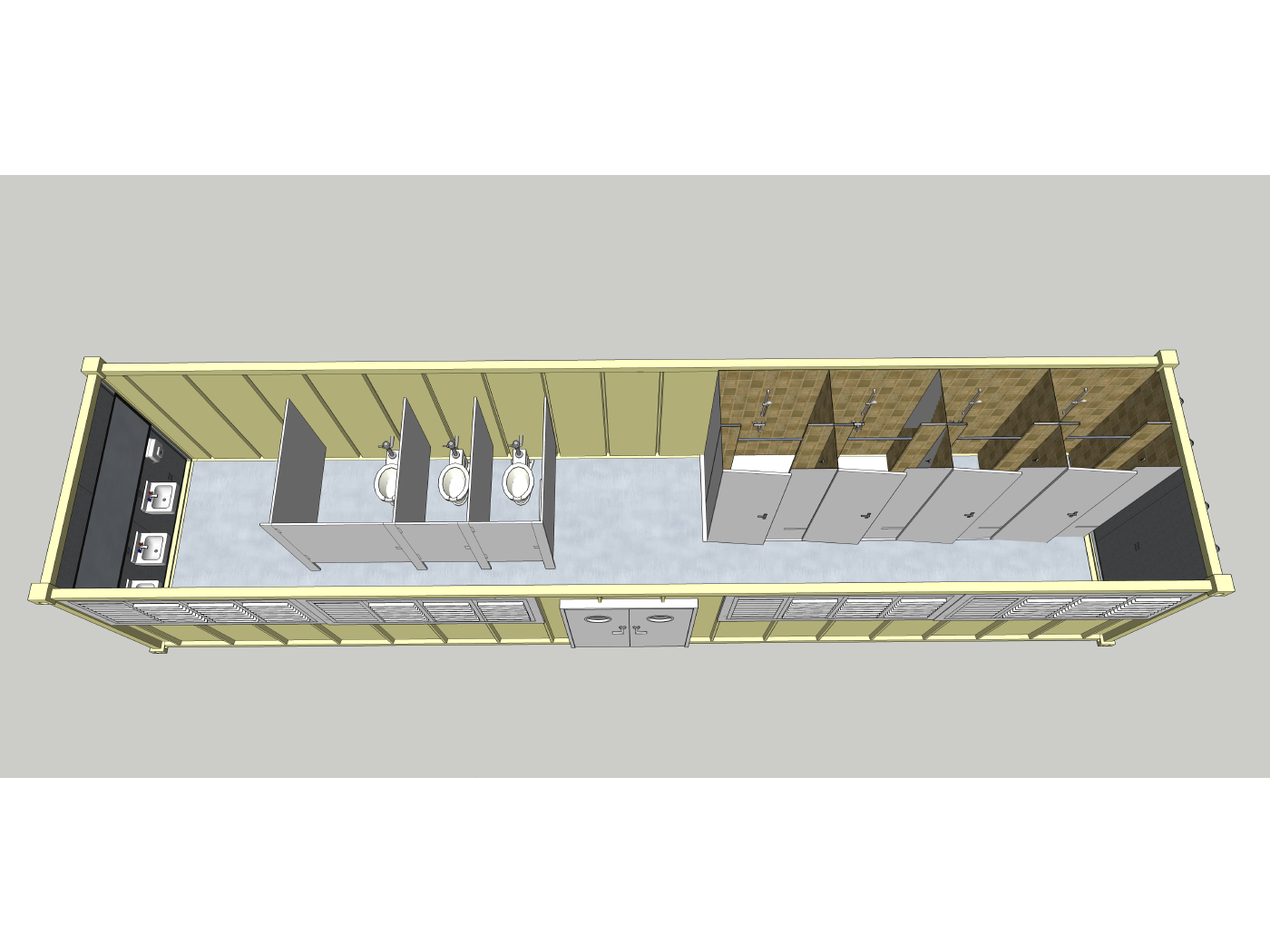 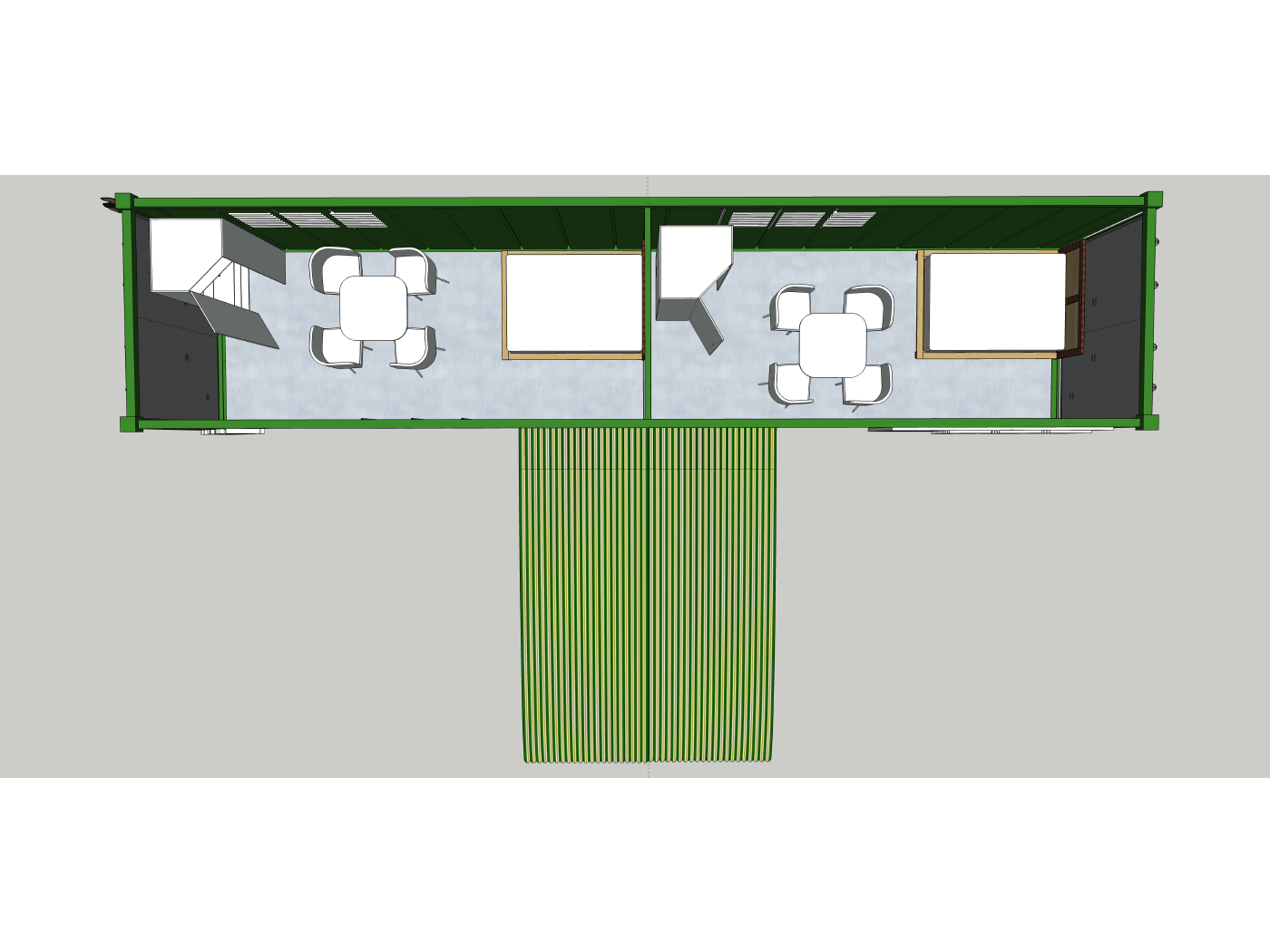 Next was the need for a logo. The client decided on a set of colors, originally for the container housing units. From there, as the project morphed into a form of homeless shelter, the idea of a celebratory image seemed to fit. So I decided to keep the name, and add the arms upraised figure, celebrating a new home, out of the elements. Something with privacy and security.

The Project: Alive concept then shifted to something to address the homeless problem in the US. With this change, the larger units for Costa Rica were out, and a smaller, prefab unit was in. These are the same converted 20′ containers being used in Europe as team housing, migrant housing, and on-site worker housing. The idea was to use abandoned big-box or grocery stores to hold the units. This offers a fully enclosed housing group, allowing for indoor playspaces for children, and communal space for everyone. Each unit is self-contained, which provides security and privacy, as well as a sense of ownership. With stacking even just 2 high, 500 units can be fit in even a small big-box store, with room for social spaces. I designed living, kitchen, and sanitation units for this iteration of the project. 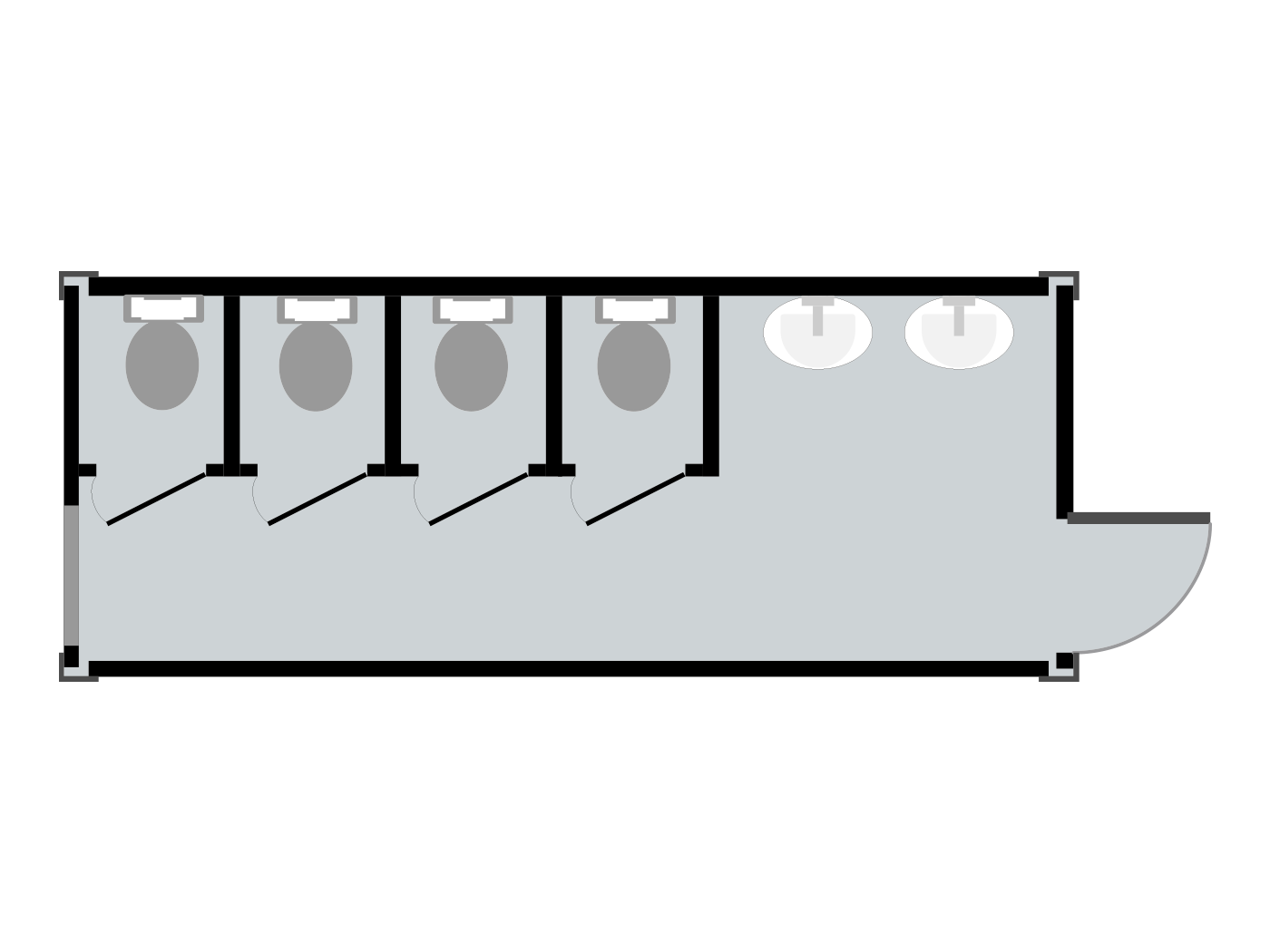 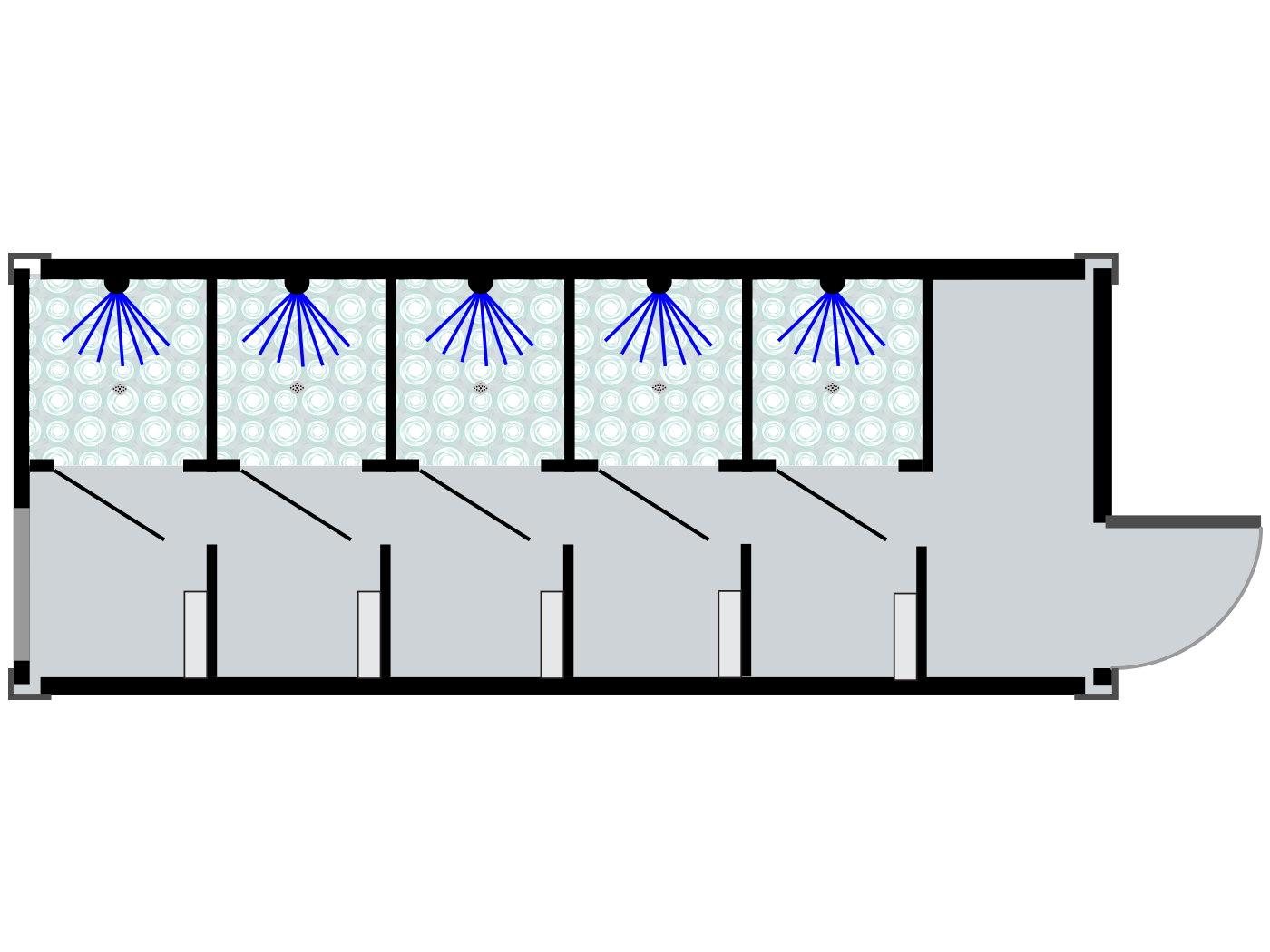 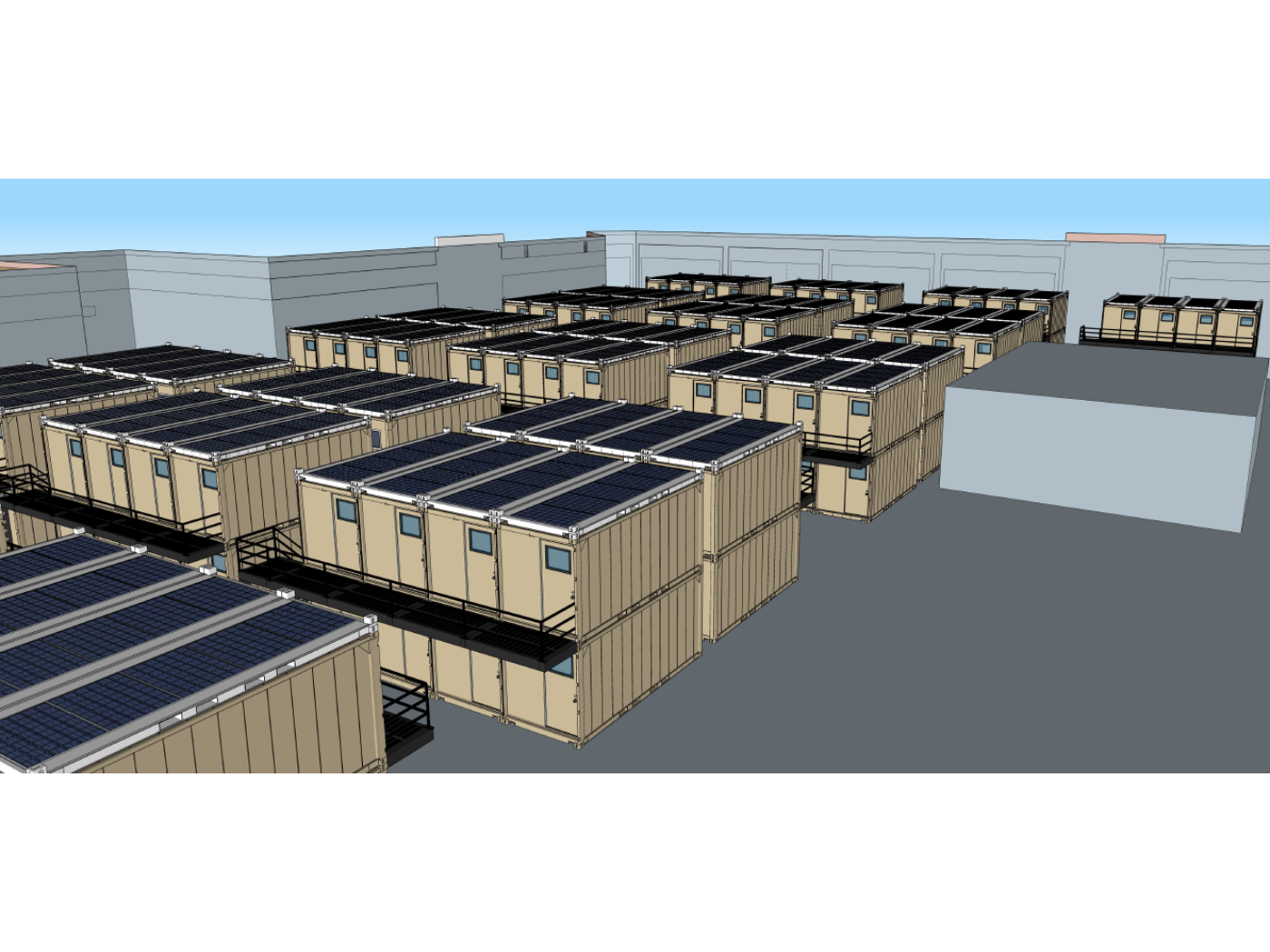 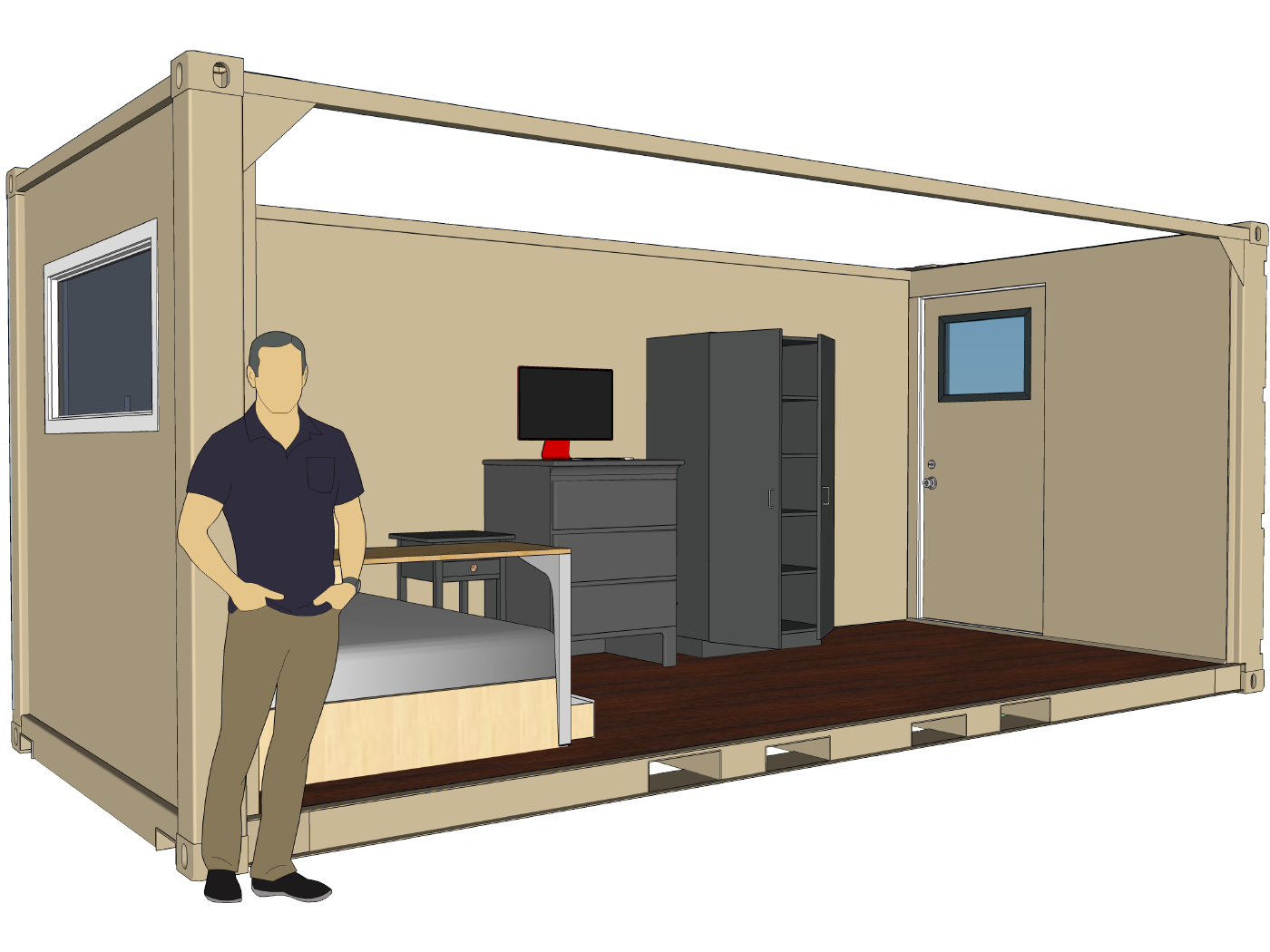 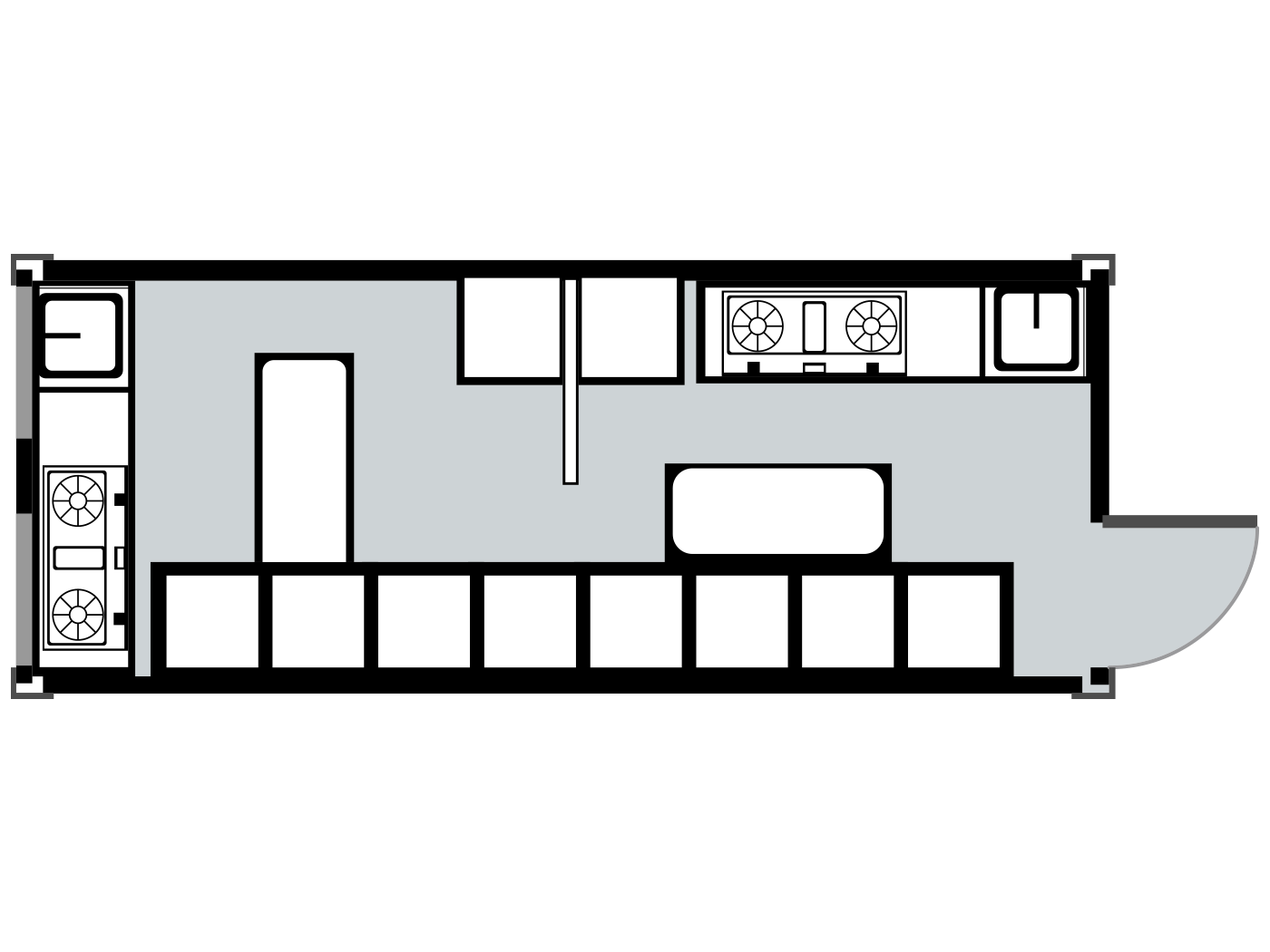 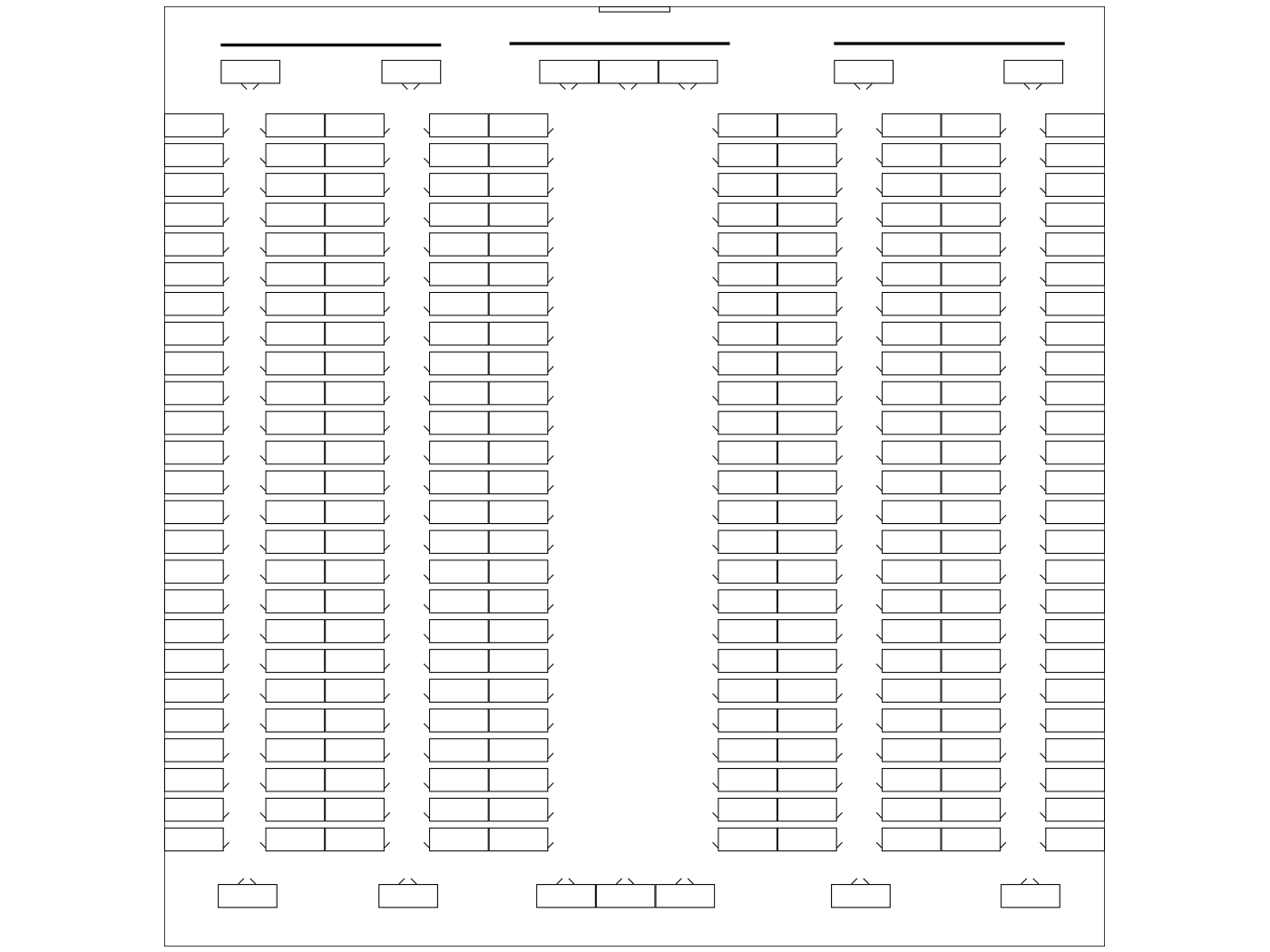 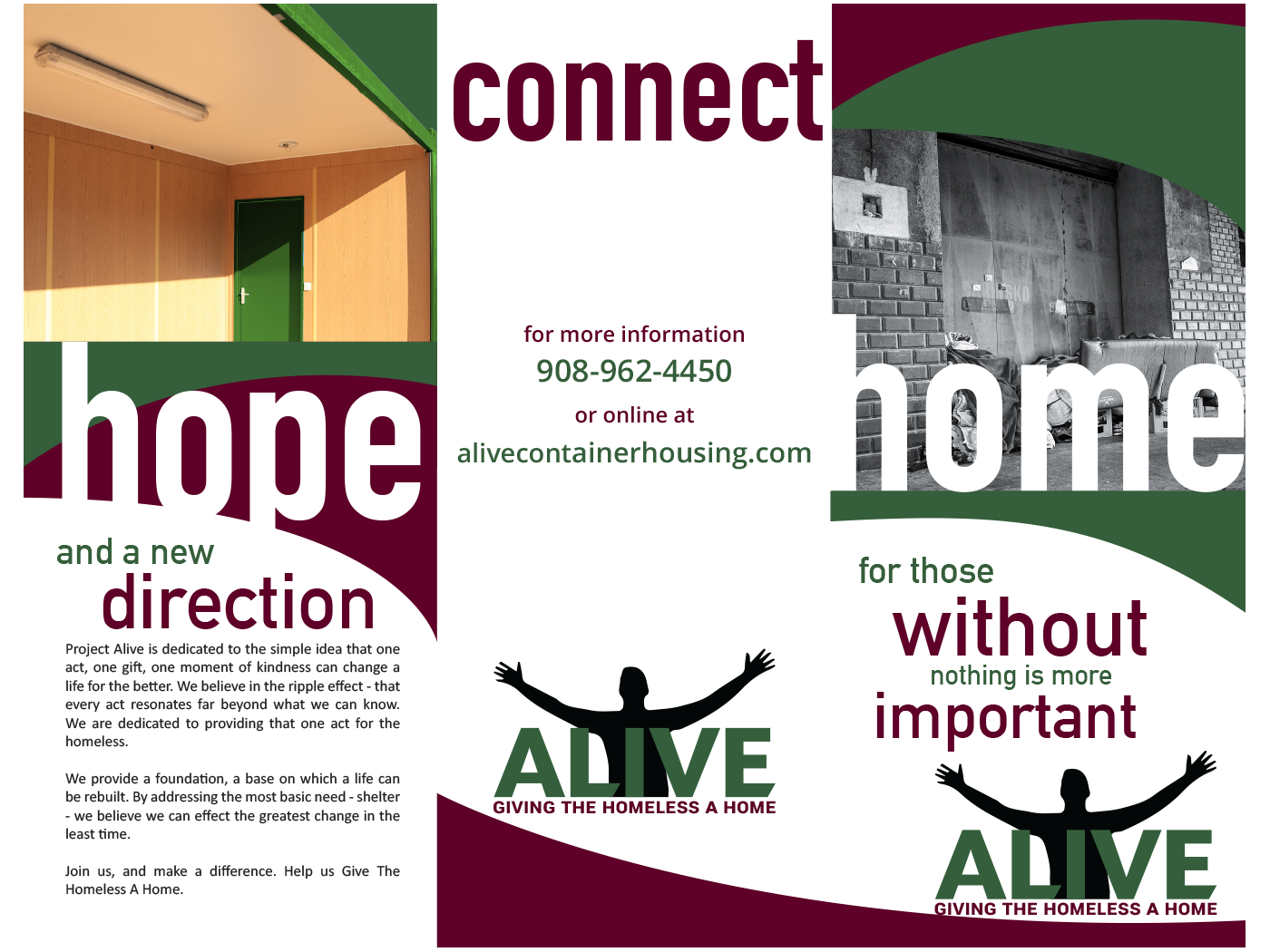 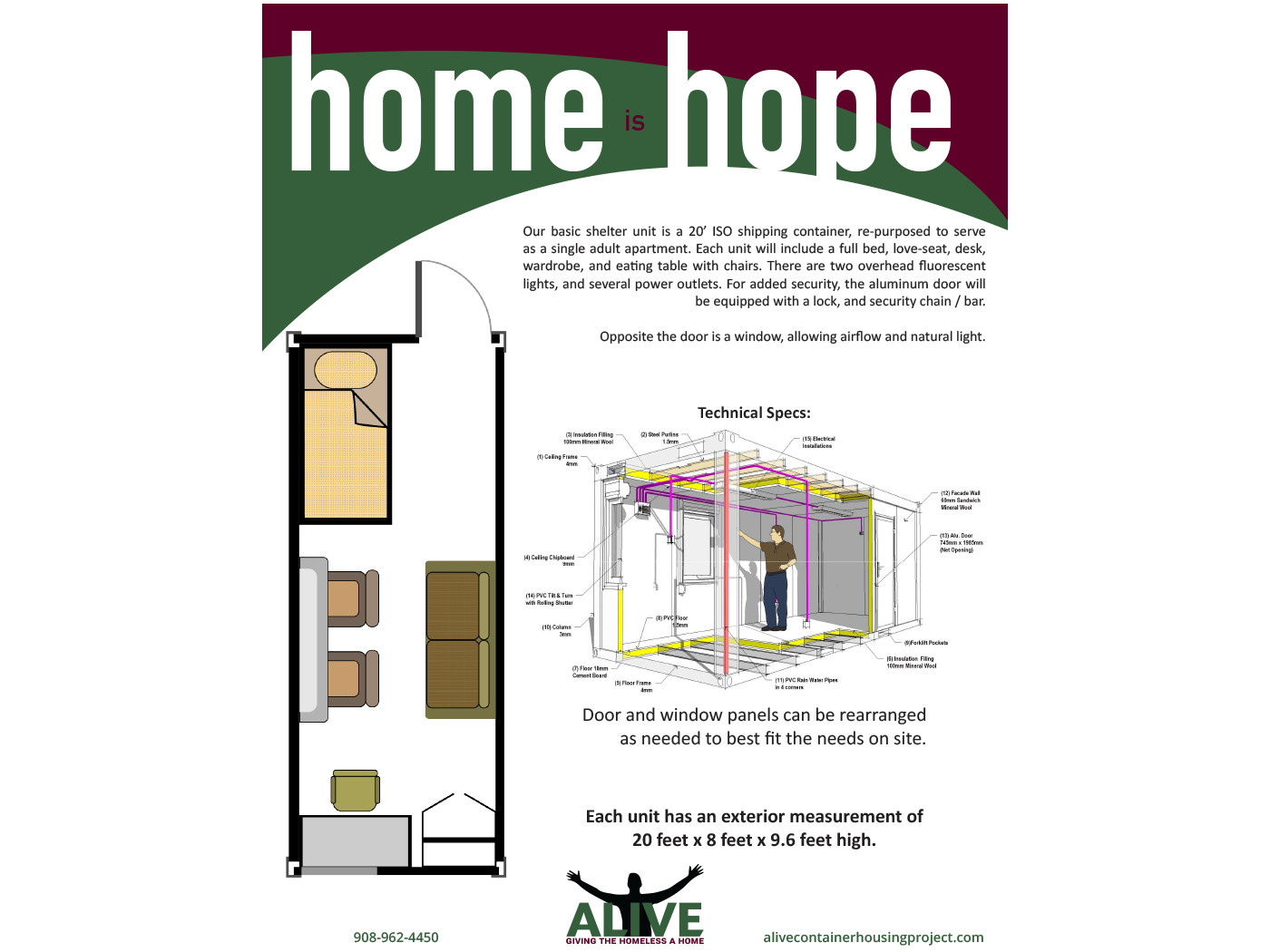 Finally, I created a set of print documents for the project. Each document served a different purpose. The trifold flyer was designed to present the problem, and offer Project: Alive as the solution. The spec sheet showed the Project: Alive urban multihouse concept, and explained the idea, design, and implementation needed to begin working on that shelter problem. At this time, Project: Alive was back-burnered by the client. It should be revisited in 2018, and more work done on the concept, including a website.

How Can I Be Of Service?